Need help? Our customer service team is ready to assist!

One of the most common problems when replacing stock filament bulbs with LEDs is bulb flashes fast, or you get bulb-out warnings on the interior display. By design, most vehicles use either of these methods to tell the driver that a bulb has burned out.

How does the car know there is a bulb out?

The flasher unit, module, or computer controls when to double the flash rate or display a bulb-out warning. It is designed to monitor the current draw or load on the turn signal circuit. It monitors the vehicle's left/right circuit, and on some advanced systems, it monitors all four bulbs independently.

How do you prevent the turn signals from hyperflashing?

The solution is to either replace the flasher unit with our electronic LED flashers (if replaceable) or add enough load back on the system to replace the missing load. Correcting hyperflash or bulb-out warnings when you upgrade to LEDs is relatively easy once you understand what needs to be done. 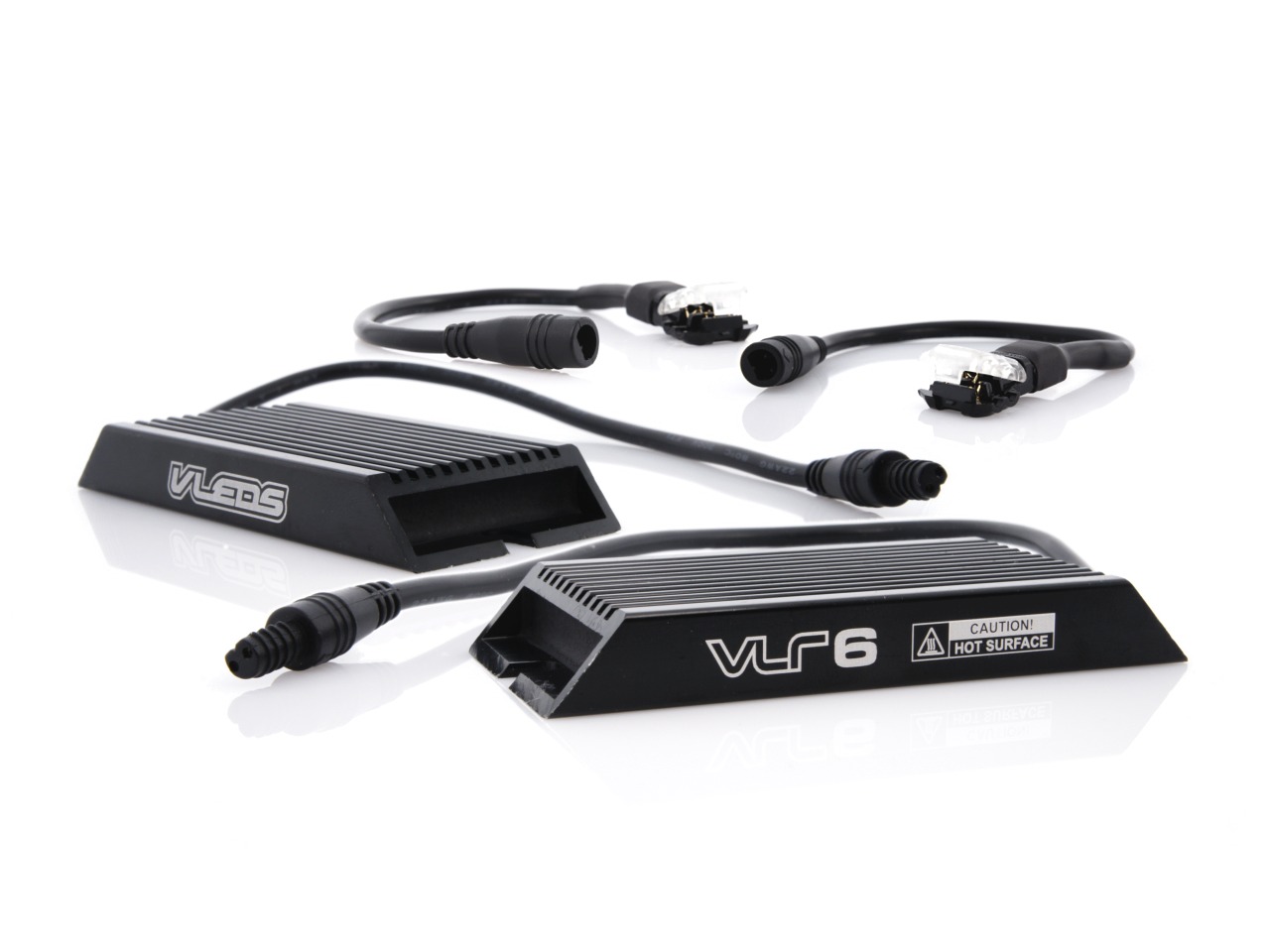 We get asked all the time, how many resistors will I need, or what size resistor do I need? The answer is simple: If you're replacing a 20W to 25W filament turn signal bulb install one VLR-6 in its place. It's like balancing a scale; if you have 2 lbs on each side and remove 2 lbs from one side, the scale will tip, so you're simply putting the same amount of weight (load) back on the side you removed it from.

Once you have purchased the VLR-6, installing them is quite simple. The resistors need to be tapped to the positive turn signal and ground wires with the DuoTap harness. If you are using our V6 Triton system, the resistors are plug and play.

Mounting the VLR is easy with the supplied high-temperature double-sided tape. Just peel and stick them to a clean metal surface. Always keep your resistor away from existing wiring or plastic parts, as they could be damaged with sustained resistor use.

Once the resistors have been installed, test them by turning on the turn signals. Hazards will not hyperflash, so be sure to test each side individually.

CAUTION - LOAD RESISTORS MAY GET HOT

Even though the VLR resistors operate much cooler than standard gold resistors, they can still get hot, especially if the turn signals are left on for an extended time. Always mount the resistors to a metal surface away from other wires or plastic parts.

LOAD SPECIFICATIONS FOR ALL VLR RESISTORS

talk to a lighting expert